The Witches of the New World 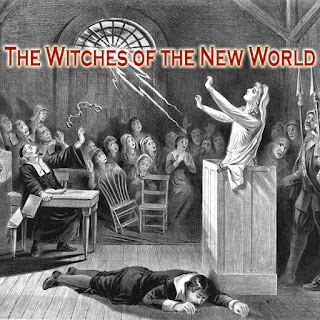 In 1692, two little girls started acting strangely. After examining them, the town's doctor gave a diagnosis that sent shockwaves through the community: witchcraft. Soon, a local slave woman was put on trial as a suspected witch. She pleaded guilty. And in her testimony, she admitted not only was she a witch, but others lurked in the town as well. Fear gripped Salem and the paranoid hunt was on. Soon, former friends and neighbors were being marched to the gallows to hang as convicted witches.
Posted by Stu at 4:10 PM 1 comment: